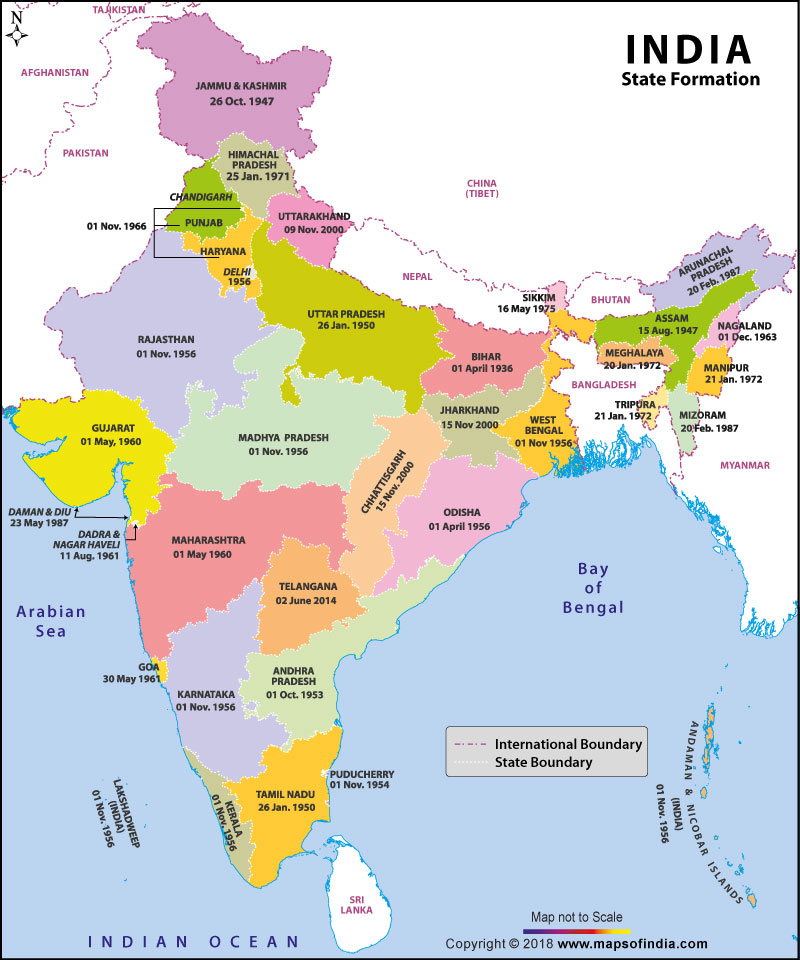 The States of India; How were they born?

How many states does India have? Do I hear you say 29? And 7 Union Territories too you say?

Well…when I was in school…we studied that India had 25 states. Goa was still a Union Territory and many of the states you see on the map today were not states back then!

Likewise, when my grandparents grew up in India – the map of India looked very different too!

States have been formed and re-formed over the years. But do you know how that began and how the states were first created?

Well…It’s a story full of tragedy and drama!

Walk down this lane of History with me and you’ll discover an eventful story about India’s map.

The map of the Indian states appears rather logical to you, doesn’t it? The states are based on the different languages spoken in the region. So Tamil Nadu is the state of Tamil speakers and Gujarat is the state of people speaking Gujarati.

Well…although it may seem logical today, things were very different a century ago.

Before 1947, the map of India looked very different from what it looks like today.

Not only were Pakistan and Bangladesh a part of India at that time, the internal organisation of the states was also very different.

So for instance, a large part of central India was a state called the Central Provinces, most of the southern states you see on the map today were a part of Madras State, the western region comprised of the Bombay State. Moreover, almost 2/5ths of the territory were ruled by Rajas and Nawabs and these regions were princely states.

At that time, Indian leaders were looking for various ways to unite and communicate with the people of India in order to fight the British. Remember this is a time, when television and Internet did not exist. Nor was there a common Indian language.

In this scenario, leaders thought that the best way to reach out to people was in their respective mother tongues as it had potential to arouse and move them into action.

The country had been battered and bruised due to partition, millions lay dead and the nation stood divided. Religion had caused a deep rift amongst the people.

Nehru, India’s first Prime Minister was deeply anguished and did not wish for language to become another cause for division. According to him, the basis for separate states was ease of administration – and language had little to do with that need.

“The country is facing a very critical situation resulting from partition. The first essential is for India as a whole to be strong and firmly established.”

He also no doubt believed that having people of different languages in one state would foster greater unity amongst Indians. (When we hear of untoward incidents based on language discrimination in Indian cities – we can only wonder if things would have been different if states had indeed been created on grounds other than language.)

This view was supported by the Home Minister Vallabhbhai Patel who also viewed language as a factor that could become an obstacle in forging India’s unity.

However, not everyone saw things that way.

Those speaking Telugu wanted to break free from Madras State.

Similar demands were made by linguistic groups across the country.

Giving in to their demand, a committee was set up to look into the matter.

The committee in its wisdom concluded that “language was not only a binding force but also a separating one.” It emphasized that the primary consideration of the young nation was security unity and prosperity. Anything that had the potential to damage that ought to be discouraged.

A Dramatic Turn of Events

The growing demand in the regions could not be quelled by this Committee’s findings.

Particularly in the state of Madras which was home to people speaking Tamil, Malayalam, Telugu and Kannada. After Hindi, Telugu was the most-spoken language in India. The Telugu speakers demanded that they be given a separate state.

This demand was led by a Gandhian named Potti Shriramali who declared that he was going on a fast unto death for the cause.

Initially, Nehru did not take the situation seriously. “Some kind of fast is going on for the Andhra province and I get frantic telegrams,” he wrote in a letter to C. Rajagopalachari, the CM of Madras State. “I propose to ignore it completely,” he said. In Nehru’s words, facts and not fasts would decide the issue.

Little did Nehru know that he had misread the situation.

Potti Sriramalu’s fast was now into its 8th week. The agitation was spreading fast. Emotions were running high.

On 15th December, 1952, 58 days after he had begun his fast, Potti Sriramalu died. All hell broke loose. Trains were stopped. Government offices were attacked. Rioters ran amok. Protesters were killed in police firings.

This time, Nehru relented. On the 3rd day after the death of Sriramalu, Nehru declared that Andhra Pradesh would be carved out as a separate state for the Telugu-speaking people of Madras state.

Now that the 1st chip had fallen, naturally the domino effect would follow. In Nehru’s own words to a colleague “We have disturbed the Hornet’s nest. We shall be badly stung.”

The creation of the new State of Andhra Pradesh for Telugu speaking people gave further impetus to similar voices across the country. At this time, the government appointed the States Re organisation Commission, whose members travelled across the country listening to people’s voices.

The tussle for a separate state of Maharashtra

One of the most vocal demands by then was from the Samyukta Maharashtra Parishad that demanded a separate state for Marathi-speaking people.

At that time the state of Bombay comprised people speaking Marathi, Gujarati, Kutchi, Kannada amongst others.

Industrialists and leading businessmen formed a Bombay Citizens Committee demanding that the city of Bombay, (now Mumbai) be kept out of Maharashtra.

Gujaratis had formed the Mahagujarat Parishad and sought that Bombay be the joint capital of Gujarat and Maharashtra. It was believed that Nehru was inclined to make Bombay a separate union territory.

Once again, tensions rose. Over 100 people lost their lives in protests. When Nehru was visiting Bombay, for the annual session of the Congress in 1956, he was greeted with black flags. Petitions were presented to him by children who stood with placards that read “Cha-cha Nehru, Mumbai dya’ (Uncle Nehru, give us Mumbai.)

As you can see, these were tense times. Ultimately Maharashtra and Gujarat were carved out a separate states and Bombay became the capital of Maharashtra.

For those of you who have been to Flora Fountain in Mumbai, the statue at Flora Fountain/Hutatma Chowk of the matyr with a flame is a memorial to the Sanyukta Maharashtra movement whose efforts led to the creation of the State of Maharashtra.

And with that, one by one, the process of carving out linguistic states began and continued, resulting in the map of India that you see today.

So that’s the story of how the states on the Indian map were created. A story of much turmoil and drama.

India was divided on linguistic lines but the fears of the founding leaders were proven unfounded, as India has lived on and become stronger despite having states based on language differences.

You can now listen to this story on the podcast of the indiatraveltales4kids here.

An interesting story about theft and its aftermath on Gandhi and Shastri – two great Indian leaders sharing a birthdate.

A throw back to a time when imprisonment meant a whole lot more and the greater cause held fort, no matter what.

How did the tri-colour become the Indian Flag?

A hundred years ago, India did not have a national flag. The flag began as a movement and went through a journey before it was adopted as the national flag of India. Here’s a brief glimpse into the story.

You have handled currency notes multiples times. But have you stopped to take a closer look at them? Take a peek…you will find our history and heritage hidden in there! Let’s begin the tour with Rani ki vav. 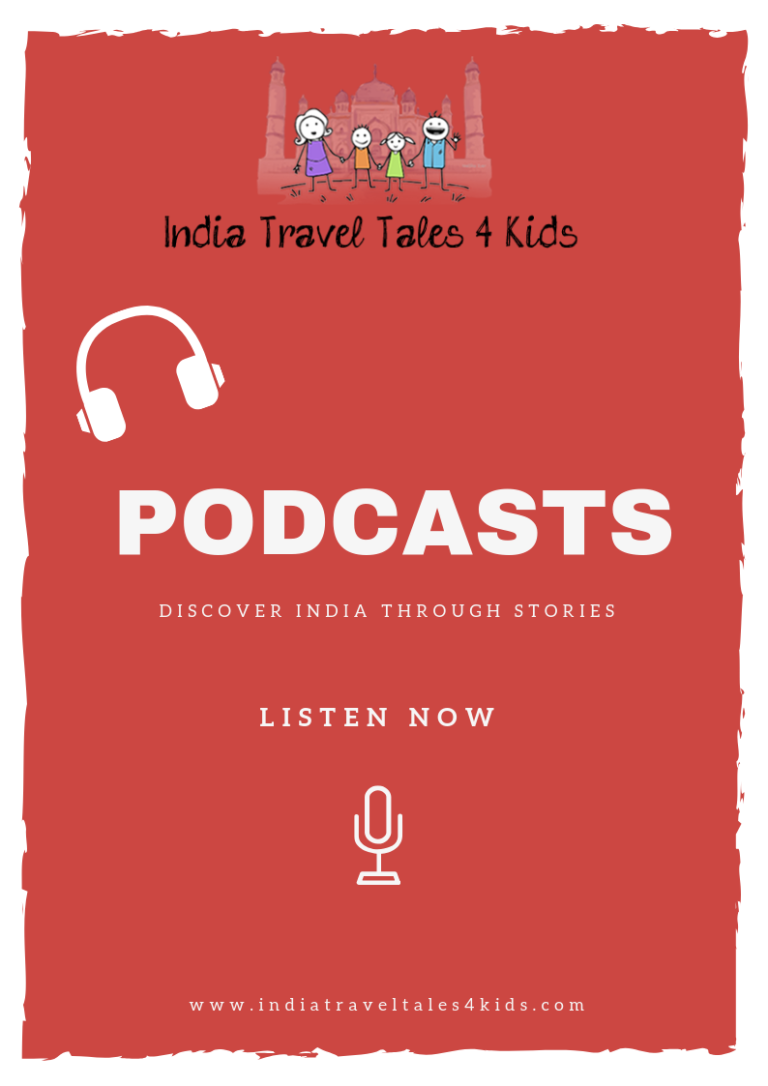 How did India get her name?
byMallika

India Bharat Hindustan. The nation has several names. How did these names originate? What do they mean? How did India come to be called India? Find out the story behind India’s many names. 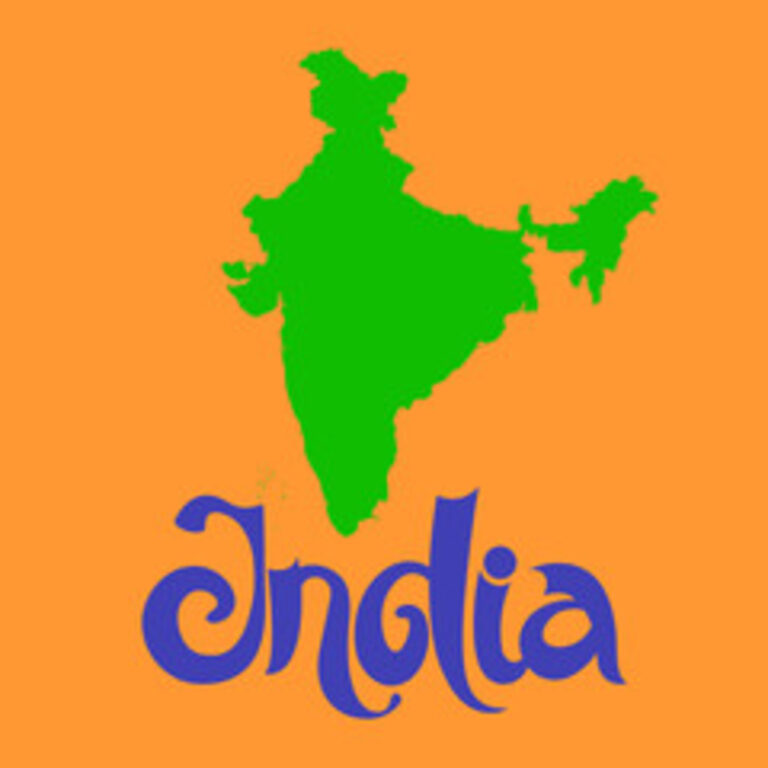 How did India get her name?
Mallika
Hindi is India's National Language. True or False?
Mallika
Search Results placeholder 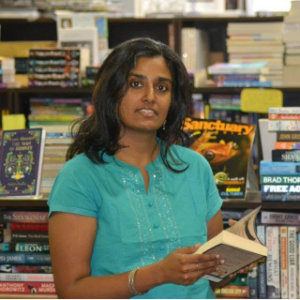